Data Error , Local Weather Alerts
The specified location could not be found. Try specifying a county and state instead.
Skip to content 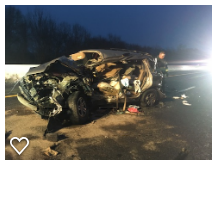 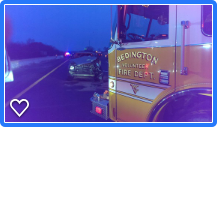 On the morning of November the 18th around 0547, Company 40 was dispatched for a multi vehicle accident in the area of the 20.8MM of Interstate 81NB. Utility 40 with the Lieutenant responded. Once on scene he established command, confirming one entrapment. The roadway was already shut down at that point by a tractor and trailer that was not involved in the incident. Squad 40 and Washington County Rescue Engine 2 quickly arrived on scene to perform a simple extrication lasting approximately 10 minutes in length. The patient was transported by Berkeley County Ambulance Authority. The roadway remained shut down for about 2 hours, while the Berkeley County Sheriffs Office conducted there investigation and the roadway was cleaned up. Units assisting on this call were:

We would like to wish everyone a Merry Christmas and a Happy New Year!! Please be careful as your traveling, since there will be a increased amount of traffic on the roadways!